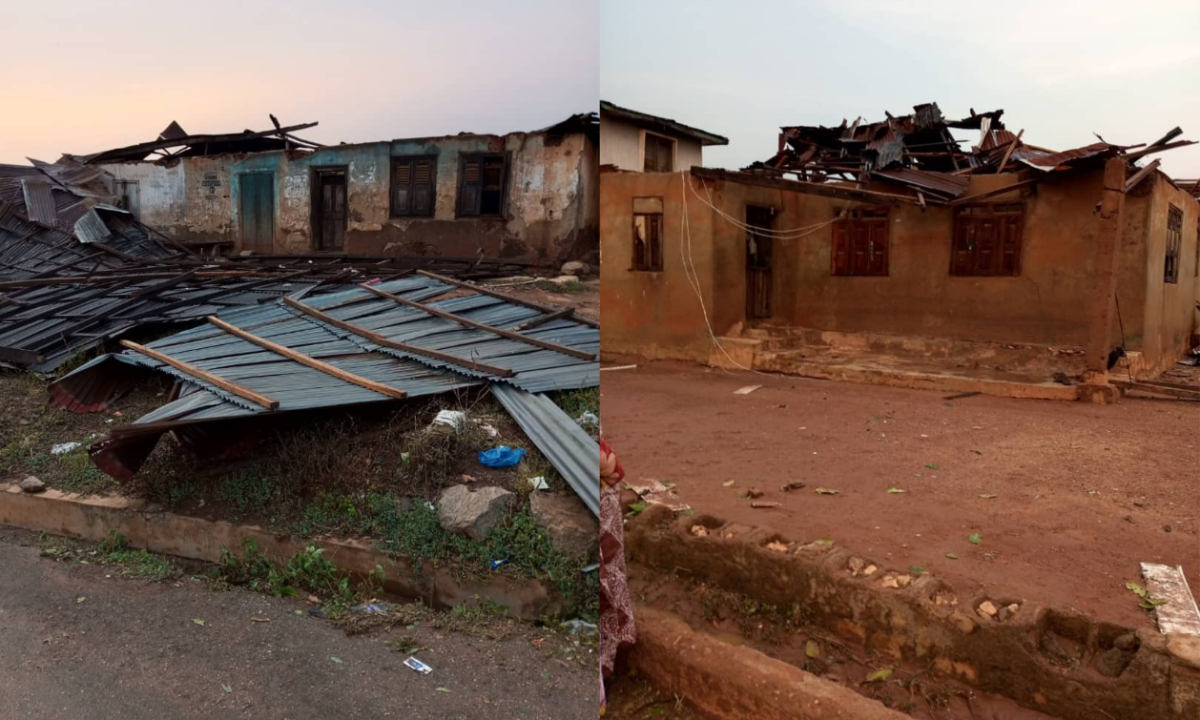 Many were rendered homeless on Wednesday in Ipogun, Ifedore Local Government Area when buildings were destroyed by heavy rainstorm in the community.

Also, massive damaged in the storm was a Deeper Life Bible Church which had its iron roofing sheet and ceilings destroyed.

Speaking on the incident, residents of the community said the rain was the third within the last four days.

According to a trader, Taiwo Adeniyi who lamented the destruction done by the heavy pour on her shop, said all the the goods she just bought were all destroyed.

“The rain destroyed my shop and goods. It was just too heavy as we could not salvage anything while the pour lasted for two hours.

“Over 200 houses were destroyed by the rain. So, we are begging the governor and other philanthropists to assist us.”

The traditional ruler of the community, the Adapogun of Ipogun, Oba Raphael Oluwadare Ojo, said the community had not witnessed such heavy rain fall in decades.

Recall that the Nigerian Meteorological Agency, NiMet, had few days ago predicted that there will normal rainfall earlier than the long-term average this year.