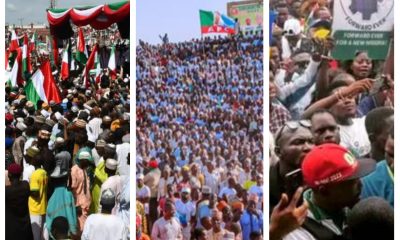 The Police in Jigawa State have confirmed the killing of one person identified as Halliru Lafka in a clash between rival groups at a campaign rally of the ruling All Progressives Congress, APC, in Kazaure Local Government.

He said that police are hunting the suspected killer who was said to have disappeared to the neighbouring Kano State after he committed the crime.

According to him, “the police are on top of the situation and are working to arrest the suspect who ran away to Kano.”

He said the clash happened on Tuesday night between the members of the same APC during the party’s rally.

DAILY POST gathered that the deceased is a resident of Kazaure town and is a strong supporter of the APC Senatorial Candidate, Jigawa North-west District, Babangida Husseini.

The incident ignited protests by some residents who set bonfires and destroyed billboards.

CP Ekot said the police were on top of the situation and had restored peace in the area.