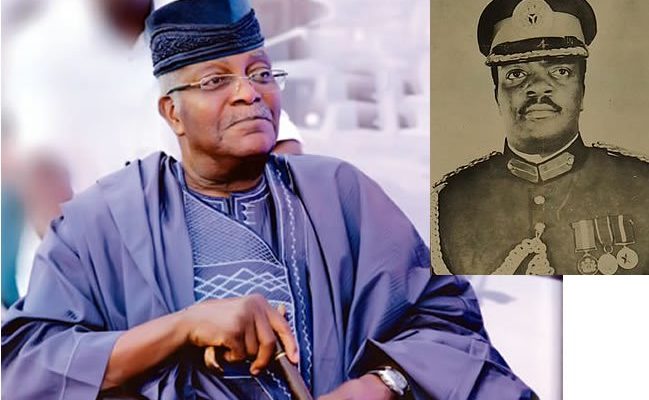 His son, Deji, confirmed that the retired soldier passed on few hours ago.

Johnson was born on February 9, 1936 to the family of Joshua Motola Johnson and his wife, Gbemisola Johnson (née Dudley-Coker), his father was of Egba heritage and was a member of the Royal West African Frontier Force during World War II. His grandfather’s last name was previously Osholero but he changed it to Johnson after the priest who converted him to Christianity.

The Johnson family moved to Lagos during the early parts of the twentieth century. Johnson had five other siblings including his brother, Femi Johnson, founder of Femi Johnson and Company of Ibadan. Mobolaji Johnson started his education at Reagean Memorial Baptist School, Yaba, Methodist School in 1941. He then attended Hussey College, Warri, 1954. In 1955, he moved to Methodist Boys High School Lagos, the School his father attended, where he finished his secondary education in 1957. While in MBHS, Lagos, Mobolaji was a good all-round sports man.

Johnson was first appointed by Aguiyi-Ironsi as the administrator the former federal territory of Lagos in 1966. Ironsi was the head of state and wanted someone from Lagos to handle some of the problems of the federal territory. In May 1967, Lagos State was created and Johnson became the first governor of Lagos; the state was now composed of the old Federal Territory of Victoria Island, Ikoyi and Lagos Island plus the additions of Epe, Badagry, Ikorodu and Ikeja divisions.

He was involved in developing the civil service in Lagos State. Johnson was initially assisted in running the state with help from some key civil servants such as Administrative Secretary, Adeyemi-Bero, Finance Secretary, Folarin Coker, and the acting secretary to the Military Government, Howson Wright and waited until April 1968 before appointing his commissioners.

In 1975 at the inception of the then Gen Murtala Mohammed administration, Mobolaji Johnson was one of the two state Governors (along with the then Brig Oluwole Rotimi) found not guilty of corruption by the three-man panel commissioned to investigate the various allegations of corruption among the State Governors.

Johnson retired from the Nigerian Army in 1975 and went into private business. He has four children, three sons and a daughter.