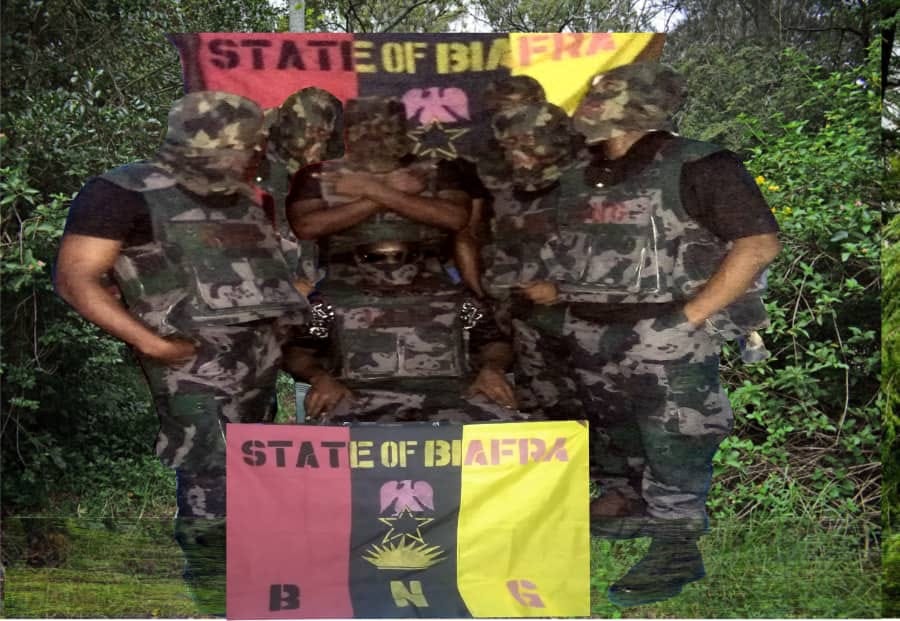 A self-acclaimed leader and founder of the Biafra National Guard (BNG), General Innocent Orji, has said they are prepared to face Nigeria over threats made by President Muhammadu Buhari.

Recall that in a meeting with INEC officials, Buhari had threatened to deal with those bent on destroying Nigeria through insurrection.

The president said, “Many of those misbehaving today are too young to be aware of the destruction and loss of lives that occurred during the Nigerian Civil War. Those of us in the fields for 30 months, who went through the war, will treat them in the language they understand.”

In a statement to newsmen, the BNG leader charged people of the southeast to brace up and defend themselves against an imminent genocide.

While stating that Buhari meant his threat to Igbo, Orji claimed that it was clearly an indication that the government was preparing to repeat the 1967 genocide against Ndigbo.

He said: “Buhari has publicly promised to commit second genocide against our people; this is disheartening because we have not even ended our grief of over 3.5 million souls he killed with his brothers in 1967.

“This threat is real and I urge BNG to step up their preparation towards the defense of defenseless Biafrans. BNG should not relent; rather, you all should find courage in the fact that every man has his own burden and must bear it.

“The burden of freedom BNG carries should not weigh anyone down; instead, you gallant men should appreciate it and cherish the sacrifice that must be made.”

He further claimed that, “Nigeria is dead and gone; Buhari’s threat is the last kick of a dying horse and there is practically nothing he can do about the breakup of Nigeria.

“With strict adherence to the principles and creed of BNG there is no way Nigeria can match the determination, expertise, courage and wisdom of BNG.

“Above all, you gallant men should remember that victory comes from God alone, to whom He has given victory shall victory come to. God is on your side and you are fighting a just cause and the just shall prevail.”

Speaking on his silence, Orji said he had to leave the country to seek a different way of redress after the unlawful incarceration of his wife.

“Last year, I willingly surrendered my position and traveled out of Nigeria after I felt the time had come for another leader to take over the affairs of BNG and sustain the laid down charter BNG is working with,” he said.

“The continued incarceration of my wife and members of BNG for the 15th year and more left me with no choice but to leave Nigeria and seek redress in the possible way.

“My reason for addressing the leadership of BNG after a few years of silence was because of the giant strides I saw these past few years, you gallant soldiers have taken it upon yourselves to navigate the ship of freedom to a desired destination.

“Your gallantry is without equal and the joy and relief I have had these past years is as a result of the impactful efforts you all are making towards the restoration of Biafra,” he added.