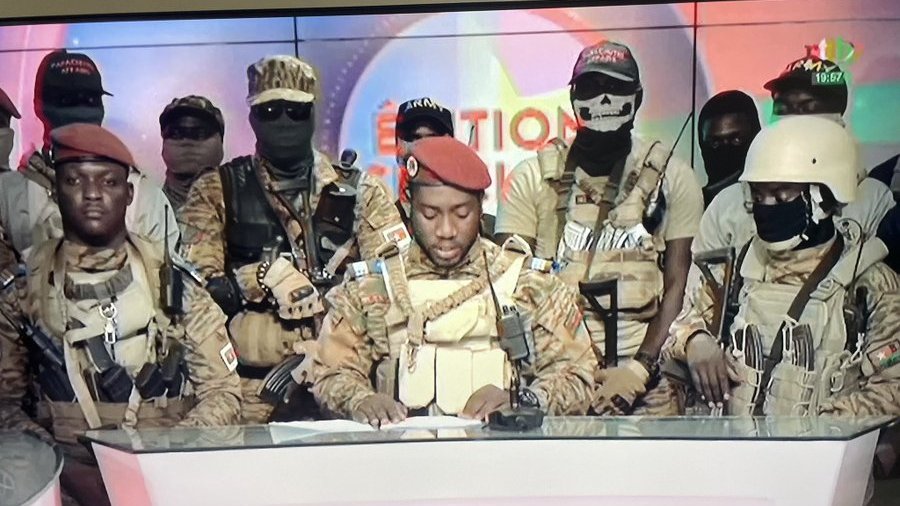 Burkina Faso army Captain Ibrahim Traore has deposed military leader Paul-Henri Damiba and dissolved the government and suspended the constitution and transitional charter, he said in a statement read on national television.

Traore said on Friday evening that a group of officers had decided to remove Damiba due to his inability to deal with a worsening armed uprising in the country. He announced that borders were closed indefinitely and that all political and civil society activities were suspended.

It is the second takeover in eight months for the West African state. Damiba took power in a coup in January that overthrew former President Roch Kabore, also due in part to frustration over the worsening insecurity.

The Burkina Faso government had said earlier on Friday that an “internal crisis” within the army was behind troop deployments in key areas of the capital, adding that negotiations were underway after shots rang out before dawn.

Government spokesman Lionel Bilgo said talks were ongoing “to try to reach a settlement without trouble”.

The state television was cut for several hours, broadcasting just a blank screen with the message “no video signal”.

In Brussels, the EU voiced “concern” at the events unfolding in the Burkina capital.

Damiba had pledged to restore civilian rule within two years and to defeat armed factions stoking unrest in the country.

Attacks have increased since mid-March, despite the junta’s vow to make security its top priority.