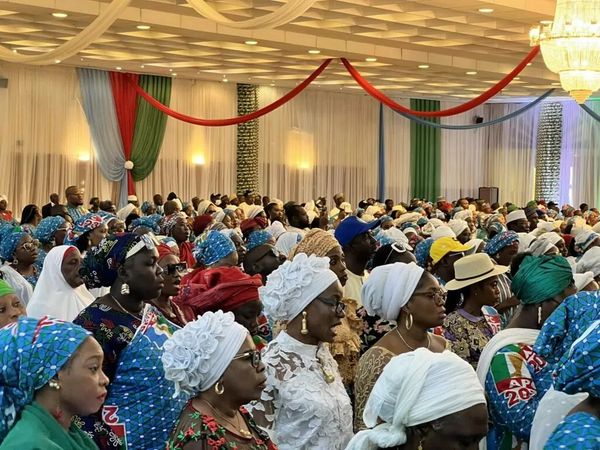 The All Progressives Congress women’s wing is currently holding a meeting at the State House Banquet Hall, Presidential Villa, in Abuja.

According to reports, the gathering is for the inauguration of the Tinubu-Shettima Women Presidential Campaign Team.

The event was attended by at least 1,250 women members of the APC from across the country.

Others are the Chairman of the Presidential Campaign Council, Governor Simon Lalong; Governors Hope Uzodimma; Abdullahi Ganduje; Women Leader of the APC, Beta Edu; other leaders of the party; National Assembly members and others.